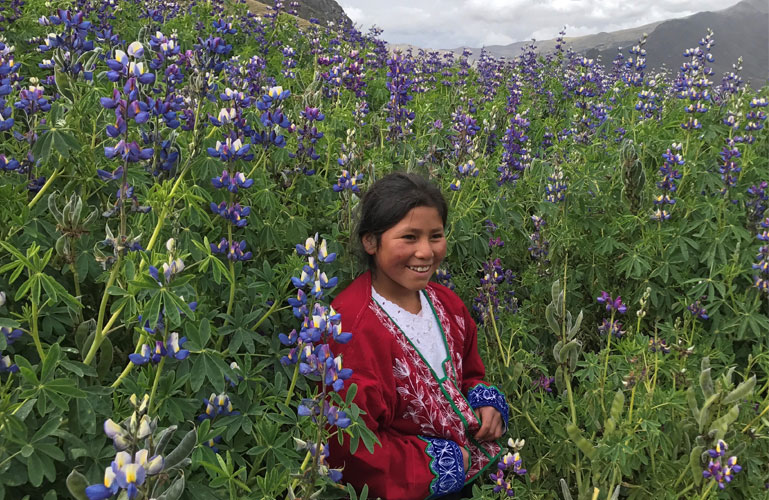 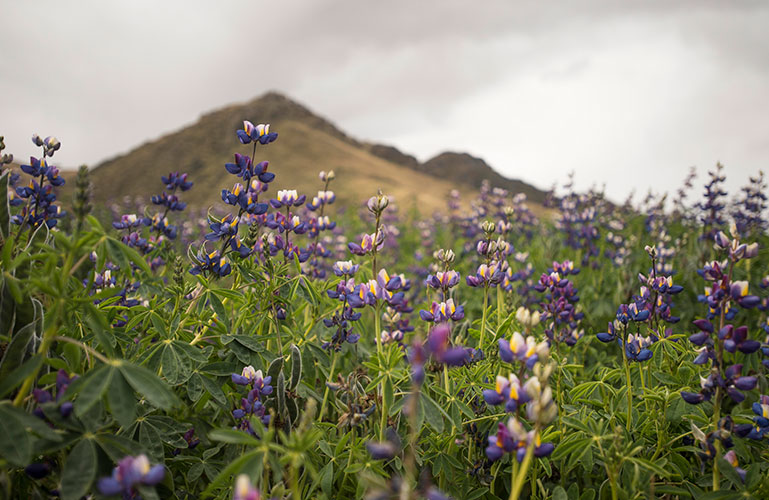 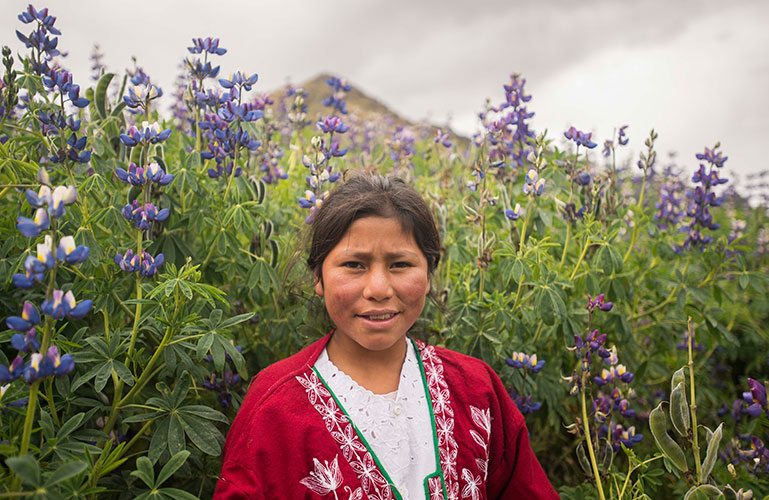 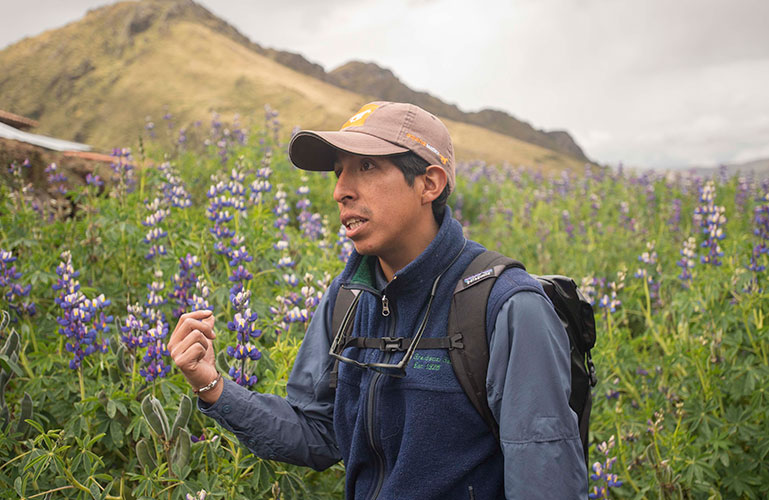 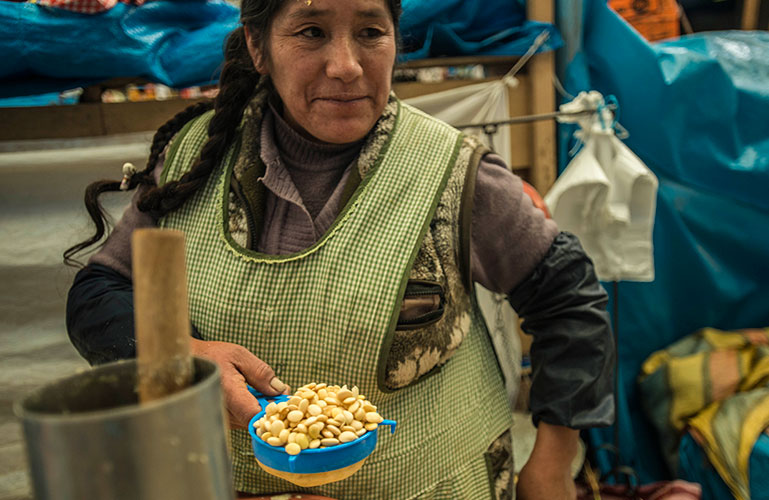 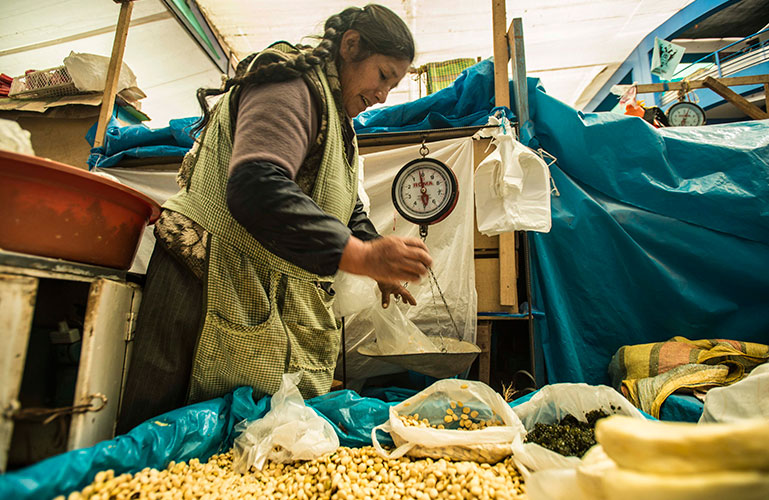 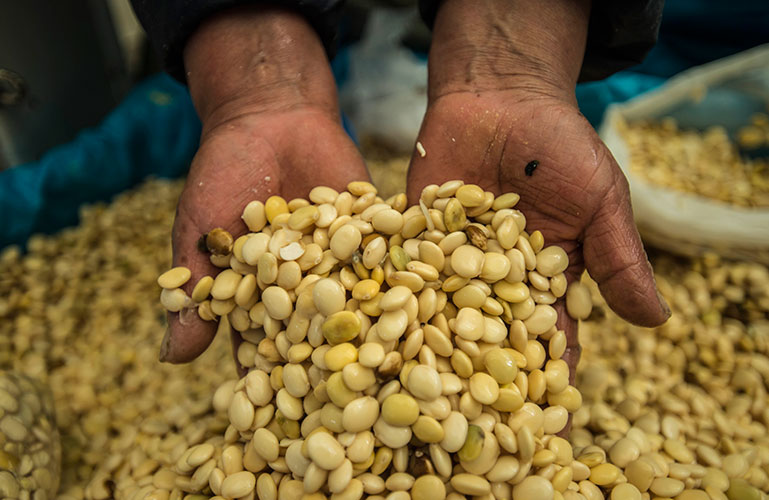 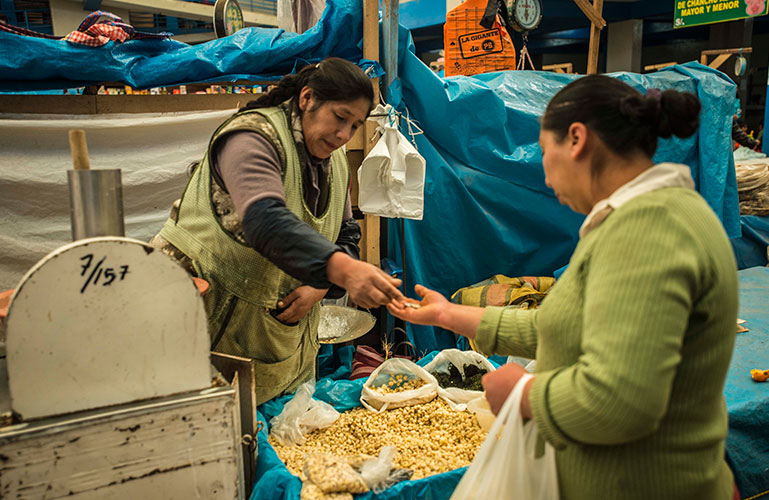 by MLP TEAM - Eliane Cohen 3 years ago no comments

When we think about a protein-packed crop from the Andes, normally the first superfood that comes to mind is… Quinoa!

Quinoa is a nutritious grain that today is known for its high protein content and for being a healthy meal option; it is a vegetarian’s dream. Most people don’t know that in the Andes quinoa plays more than one role beyond food, making it a multi-function crop. For example, when mixed with other ingredients, quinoa can be used as detergent or shampoo. This grain with beautifully colored flower buds has always been a staple food in Andean communities, and in the past few years has increasingly begun to inhabit health food stores all the way from Peru to Europe and the USA. But, what about tarwi? This legume has not yet reached the popularity of quinoa, not even close, and when I learned about the productive uses of this superfood I was amazed by it. I instantly thought: “sustainability in a plant!”

Let’s get into context first. Sustainability is found at the intersection of the 3Ps: People, Planet and Profit. “People” considers the social, “Planet” the environmental or ecological, and “Profit” the economic aspect of sustainability. We have lived in societies and systems that for long ignored the “People” and “Planet” aspects of sustainability, which in turn lead us to situations lacking in sustainability and resilience. We are now learning how important it is to consider them (without forgetting about the P for “Profit”), and many individuals, communities and organizations are doing what they can to find that sweet spot when the 3Ps come together in a wholesome design, to achieve well-being and often times an enhanced quality of life. 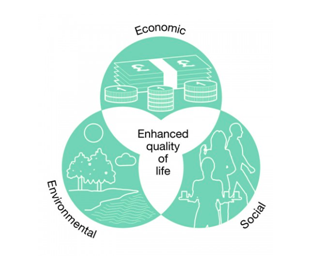 From biomimicry (the design and production of materials, structures, and systems that are modeled on biological entities and processes) to ecology, there is much we can learn by simply observing nature, and when I think of an organism that embodies the 3Ps, tarwi becomes the chosen one.

How does Tarwi personify sustainability?

In English, “Tarwi” is known as “Andean Lupin,” but its scientific name, “Lupinus Mutabilis,” tells us that this plant is of great adaptation. Because it has so many different uses, tarwi is an efficient crop that very well embodies the 3Ps:

1. People. Tarwi is incredibly nutritious. The bean, or giant seed, cares for the one ingesting it by providing calories that are high in protein and nutrients. In the Andes, this legume is one important source of protein and it grows at different altitudes from 800 to 3000 meters above sea level.

2. Planet. The tarwi plant is used as a bug repellant! Farmers in the Andes plant a line of tarwi crops along their parcels because this incredible food protects crops by repelling bugs and other little mischievous beings, and stops them from getting into the crops and eating them. Having this natural repellant significantly reduces the need for insecticides and chemicals, keeping the soil fertile and the harvest clean from different substances. Another ecological benefit of tarwi is that it injects nitrogen into the soil, making it richer and more fertile. In the Andes after harvesting tarwi, farmers usually plant corn or potatoes in the same piece of land right away, to take advantage of this rich soil tarwi has left behind.

3. Profit. Tarwi’s purple flower is used in the Andes as dye for alpaca and sheep fiber. Andean communities are known for the colorful and elaborate handmade textiles that they sell to generate a small income for the weaver’s family. The tarwi flower plays an important role in keeping the dying process organic, and it adds a beautiful color scheme. It is also a bean that can be stored for long periods of time, and this helps communities stay nurtured during times of scarcity.

When we talk about sustainable solutions, models, or systems, we can always bring a fourth important aspect into the conversation, which is “Culture.” As an added bonus, tarwi also covers the culture aspect in the Andes. It was consumed by the Inca and Pre-Inca Cultures, and has been a domesticated crop for more than 1500 years. It is a staple food in Andean communities, and the color its flowers yield as dye can be identified in many of the communities’ clothing.

Tarwi is a gift from nature that enhances quality of life in the Andes, by being an efficient crop that serves three very different functions. This versatile superfood is an important asset to farming families and communities, and it is highly valued and used in the Andes. It is a traditional food and part of Andean culture, and this makes tarwi a legume that covers all aspects of sustainability embodying this now familiar word.

To learn more about how Mountain Lodges of Peru is hitting the 3Ps, check out the work we do with our Non-profit organization Yanapana. Our programs are varied and range from reforestation of native species, to a nutrition program for children called “Mis amigos los alimentos” to the improvement of infrastructure in the schools of almost-forgotten Andean communities.